A civilization is a complex culture in which large numbers of human beings share a number of common elements. Historians have identified the basic characteristics of civilizations. Six of the most important characteristics are: cities, government, religion, social structure, writing and art. 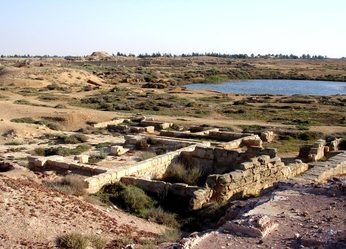 The first civilizations developed in river valleys (flat area between hills or mountains) where people could carry on the large-scale farming that was needed to feed a large population. As food became abundant (easier to get), more people would live in the city. New patterns of living soon emerged. 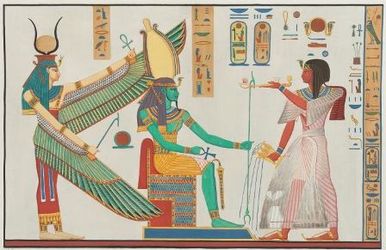 Growing numbers of people, the need to maintain the food supply, and the need for defense (protection) soon led to the growth of governments. Governments organize and regulate human activity. They also provide for smooth interaction between individuals and groups. In the first civilizations, governments usually were led by monarchs - kings or queens who rule a kingdom - who organized armies to protect their populations and made laws to regulate their subjects' (citizens') lives. 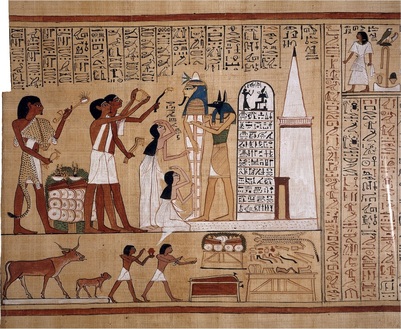 Important religious developments also characterized the new urban (city) civilizations. All of them developed religions to explain the forces of nature and their roles in the world.

They believed that gods and goddesses were important to the community's success. To win their favor, priests (religious leaders) supervised rituals (traditions) aimed at pleasing them. This gave the priests special power and made them very important people. Rulers also claimed that their power was based on divine approval, and some rulers claimed to be divine (godly). 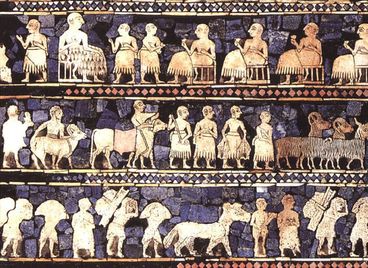 A new social structure based on economic (money) power also arose. Rulers and an upper class of priests, government officials, and warriors dominated society. Below this class was a large group of free people - farmers, artisans (people with special skills), and craftspeople. At the bottom was a slave class.

The demand of the upper class for luxury (fancy, expensive) items, such as jewelry and pottery, encouraged artisans and craftspeople to create new products. As urban populations exported finished goods to neighboring populations in exchange for raw materials, organized trade began to grow. Because trade brought new civilizations into contact with one another, it often led to the transfer of new technology, such as metals for tools and new farming techniques, from one region to another.

By and large, however, the early river valley civilizations developed independently. Each one was based on developments connected to the agricultural (farming) revolution of the Neolithic Age and the cities that this revolution helped to produce. Taken together, the civilizations of Mesopotamia, Egypt, India, and China constituted nothing less than a revolutionary stage in the growth of human society. 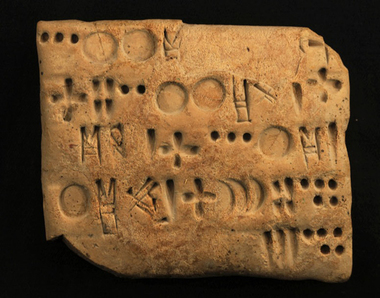 Writing was an important feature in the life of these new civilizations. Above all, rulers, priests, merchants (businessmen), and artisans used writing to keep accurate records. Of course, not all civilizations depended on writing to keep records. The Inca in Peru (South American country), for example, relied on well-trained memory experts to keep track of their important matters. Eventually, the earliest civilizations used writing for creative expression as well as for record keeping. This produced the world's first works of literature. 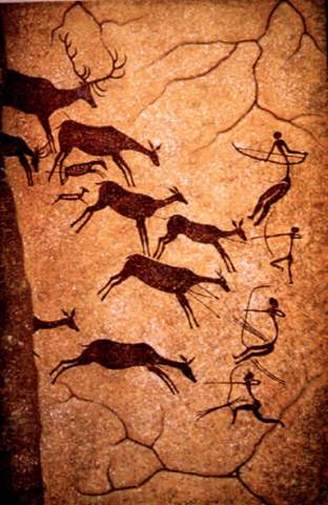 Significant artistic activity was another feature of the new civilizations. Architects built temples and pyramids as places for worship or sacrifice, or for the burial of kings and other important people. Painters and sculptors portrayed (showed) stories of nature. They also provided depictions (drawings) of the rulers and gods they worshiped.
Powered by